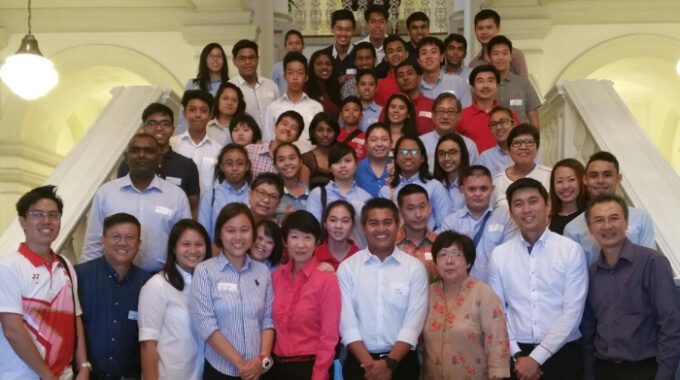 On the afternoon of 30 January, 2016, Special Olympics Singapore was honoured to be invited to the Istana Tea Reception hosted by President Tony Tan.

It was a special reception for the athletes and officials from the 2015 SO World Summer Games and the ASEAN Para Games (APG) to recognize the teams’ outstanding performance at the two recent Games.

16 student athletes from APSN schools, namely APSN Tanglin School (TS) and APSN Delta Senior School (DSS), were part of the cohort at the Istana. Notably students from APSN DSS such as Suhairi, Michelle, Shamira and Safik took part in both the World Summer Games and ASEAN Para Games. Apart from enjoying good food and kinship with fellow athletes, some were lucky enough to have their pictures taken with the President and Mrs Mary Tan.

“I’m nervous, I’m scared” – those were the words uttered by our performers from APSN…

APSN Chaoyang School had their Awards, Graduation and Appreciation Ceremony on 16th November 2016.The  Guest-of-Honour…